I turned 68 this year and it freaks me out!
I have wanted to start an online diary for years, and have tried a few times, but have always been too busy to add yet another time consuming project to my massive workload. This is the time. I am aging, and fast, and before it is too late, I want to start logging some of my lifetime experiences for prosperity.
Even tho I have also added some stories to the forum under sojournstar.com, I will spew my thoughts onto this blog at will. My thoughts will most likely not be in any cronological order, besides age is stealing my memory files, but the things I write here will all be fact. I write a lot like I talk and think, so get ready for the roller coaster ride.

A while ago (years) Kevin Dubrow of Quiet Riot died in his home in Las Vegas. I heard this fly by me on The Soup one night, Joel the host stated something to the fact that "Kevin Dubrow died this week, and to honor his passing we give you this" and he proceeded to show a riot, with silence on the screen. This freaked me, and unfortunately my pc had crashed in the previous Nov, and I could not search it down.

I thought this was kind of a rude way to state this fact, but my other half Stephen said "at least they said something" which is true. When I finally got a new pc and searched it down, it was then it became a reality.

Why did it freak me so much? Because Kevin was once a friend, altho not a very good one. He had a band in the 80's called DuBrow, and he played the Starwood frequently in Los Angeles where I once worked. He played the stages there with bands like Snow, (Carlos and Tony Cavazo, and Stephen Quadros) who are still good friends, and London, the Nikki Sixx band (still known as Frank then) that morphed into Motley Crue.

Kevin wasnt always the friendliest of the bunch, he had an ego as big as David Lee Roth and a way too bad ass attitude, but under all that he was still a nice guy. I hated to hear about his death, and it made me think, he is way younger than me, and so are many other of my old friends who are gone or have serious health issues now. We all get old, but it seems like the Rockers go faster and harder than any others.

Up until a years ago, I was still vital, energetic, and very active. I used to run around the venues I managed or worked in like they were little boxes of nothing. The last big venue I was in management with, the Floodzone in Richmond Virginia (the size of the Starwood), had these huge widely spaced stairwells, and I would run up and down those steps maybe 50 times a night if not more. It never phased me. Now I am lucky if I can walk up my porch steps.

I learned a few years back that another old friend from Motley, has a similair back problem as I do, and when I saw footage of him on a special about the band, I was shocked to find how bent over and in agony he looked. He had the same look of agony on his face that I do now on a daily basis.

I guess the bottom line here is, you never know what, or how quick life is going to hand you a bowl of lemons, and you cant always make lemonaid from them, so its best to try and live your life to the fullest you can before the lemons devour you.

And in the words of Cameron Crowes mother "Don't Take Drugs"! 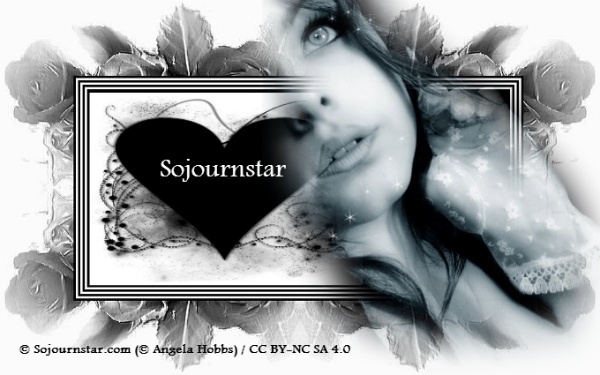 Find Out More About Me & Visit All My Websites @ AH! Design
Posted by Sojournstar Media at 5:25 PM 1 comment:

An update is due!

I'm a little late saying YAY 2015!! lol, but I have been mentally distracted.

I am updating this blog, and also merging the Sojournstar Music Blog into this newer one. I Am Sojournstar will be used for more personal ramblings etc.

I have many projects on line, nothing new there, except I have spread my digital selling even further to include a couple of teachers websites, and some more shop platforms I am testing out.

We are also seriously going towards the Flea Market, Trunk Shows, and other forms of direct selling, as I still have lots of vintage items such as clothes and collectibles, and still have plenty of jewelry available, including 9.25 silver!

Have been experimenting with a few shop platforms online I can use as a Richmond based selling point, more on this later. The weather must be much warmer than it is now here, for me to proceed too fast too forward there yet Find Out More About Me & Visit All My Websites @ Sojournstar.com

Posted by Sojournstar Media at 5:04 PM No comments: